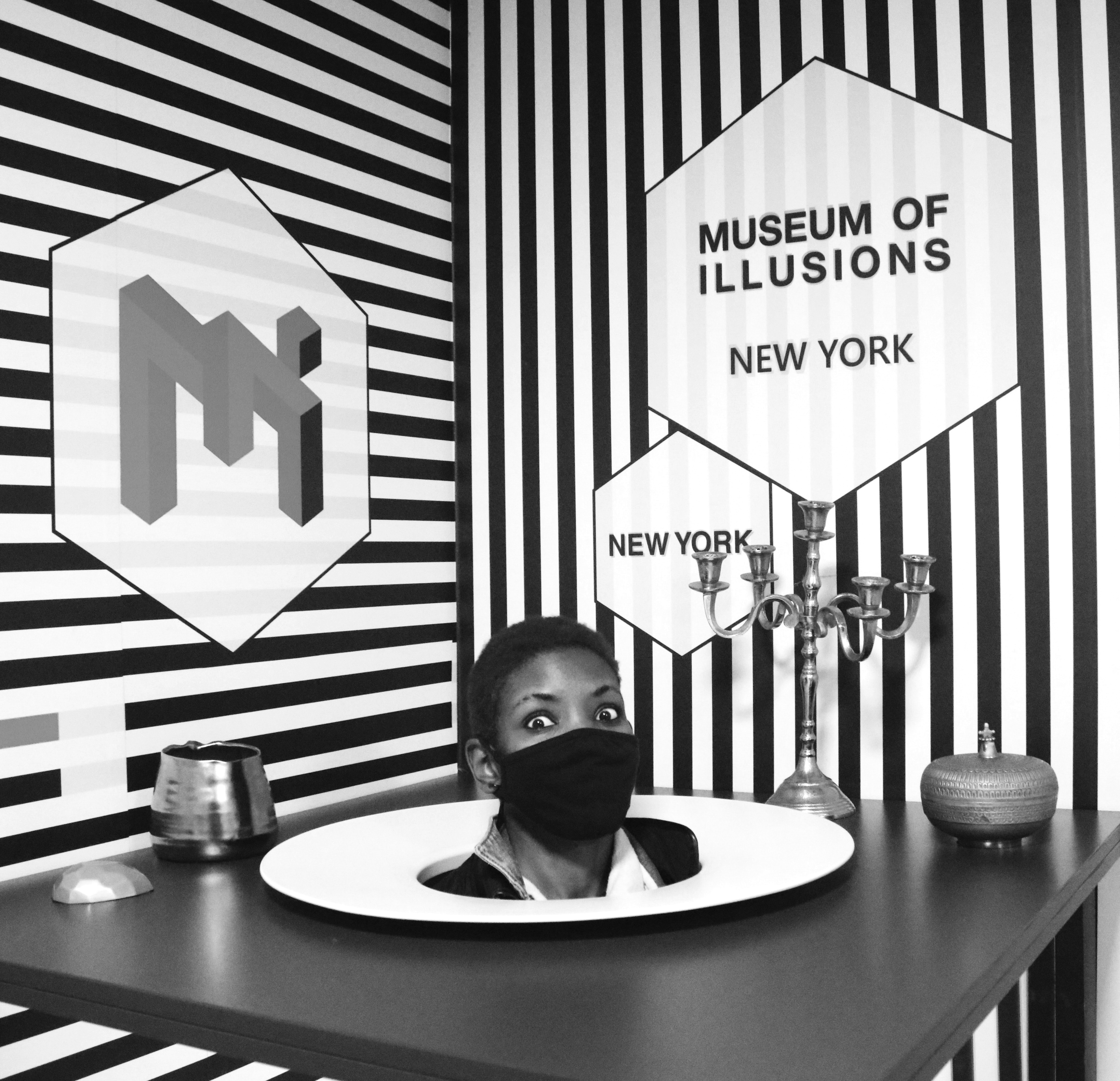 This is one illusion that won’t have you fooled (or rather, confused) according to the General Court in Case T‑70/20. The case shows that even when two figurative marks contain the same verbal element, a likelihood of confusion will not necessarily exist between those marks. In this decision, the General Court found that the descriptiveness of the word elements made them weak, whilst the figurative elements in the marks contributed significantly to the overall impression.

Metamorfoza d.o.o. applied for a figurative trade mark combining the verbal expression MUSEUM OF ILLUSIONS and the image of a three-dimensional cubic shape. Tiesios kreivės opposed the application on the basis of their earlier mark, which contains the identical words, MUSEUM OF ILLUSIONS, presented within a yellow square with an image of a pair of eyes.

The Board of Appeal

Metamorfoza appealed the decision before the Boards of Appeal, where it was dismissed.  The Board of Appeal found there was a likelihood of confusion, within the meaning of Article 8(1)(b). The Board of Appeal found that the verbal element MUSEUM OF ILLUSIONS was likely to have a stronger impact than the figurative elements on the relevant public (focused on the Greek public for procedural economy). The decision of the Opposition Division was upheld.

Metamorfoza filed a further appeal to the General Court, with two main grounds of appeal, namely:

(2) the Board of Appeal was incorrect in finding a likelihood of confusion.

As a matter of procedure, the first plea was rejected without consideration. The General Court noted that it did not have jurisdiction to rule on actions relating to decisions of the Opposition Division (only the Boards of Appeal). The Opposition Division had stated that where Article 8(1)(a) is the only ground invoked, but not established, the case must be examined by looking at the similarity of the marks. Whether the Court would have determined the Opposition Division’s assessment as the correct approach, remains a mystery.

Nevertheless, in regard to the second plea, the Court flipped the case 180 degrees and found no likelihood of confusion between the marks.

The Court held that a global assessment of likelihood of confusion must be based on the overall impression given by the signs, which is more than taking one component of a composite trade mark and comparing it with another mark. Contrary to what may be the default thinking, the word elements will not always be considered dominant. The figurative elements can rank at least equally with the word element. In this case, the Court believed that none of the elements should be considered more dominant or distinctive than the others.

Furthermore, the overall expression of the words is descriptive, according to the Court, and no assumptions can be made about consumers’ knowledge of foreign languages.  A non-negligible part of the relevant Greek public will not understand the meaning of ILLUSIONS.  Instead, they will perceive the expression MUSEUM OF ILLUSIONS as referring to a museum of the same type, even though they are unaware of what that type is.

As the word element is descriptive, this element will attract attention to a limited extent only, whilst the signs differ significantly due to the figurative elements. The earlier mark has a low degree of inherent distinctive character and the Board of Appeal should have concluded that there was no likelihood of confusion in the case. Consequently, Metamorfoza’s appeal was successful and the Board of Appeal’s decision annulled.

The decision provides another reminder to not get caught out for failing to see the wood for the trees. A likelihood of confusion must be assessed globally and word elements in a composite mark will not always dominate and lead to confusion, even when they are identical.